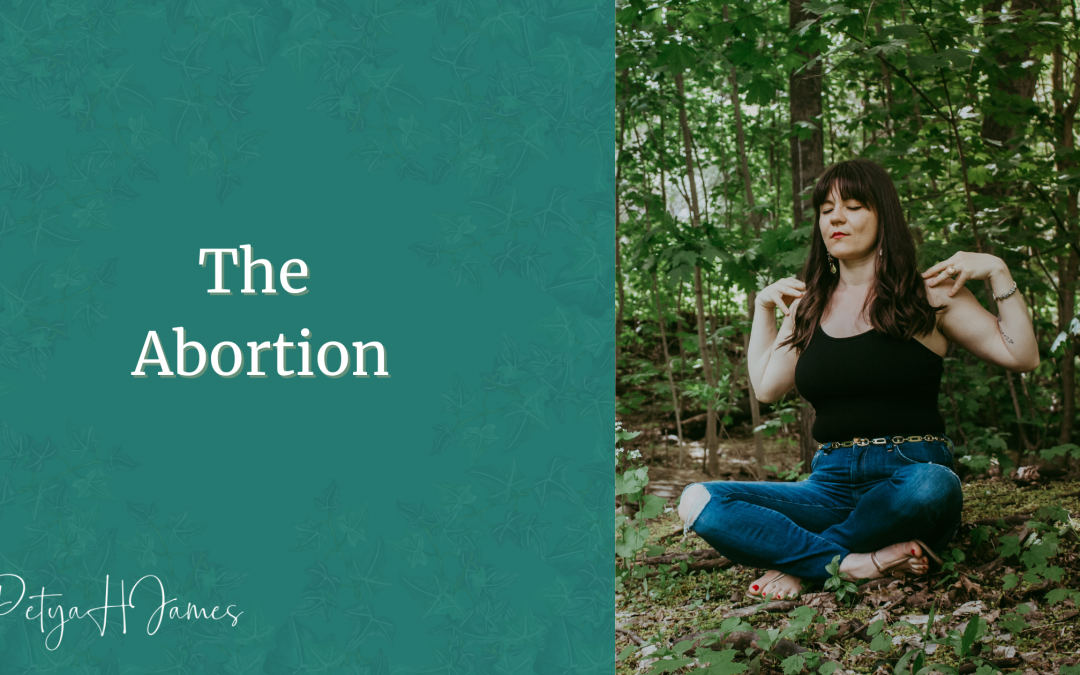 I am here today simply to share my personal story, the one about of the abortion. Although I honor and respect everyone’s view on this intricate subject, I stand firmly in my belief in womens’ bodily autonomy and ability to have choice.

I have exercised that right in a time of my life when I felt vulnerable and alone. I was 18 years old. My family had just starting to settle in Canada, and I was helping take care of my younger twin siblings and trying to finish high school at the same time.

In the last semester of high school, I was in a co-op program to gain the last few credits I needed. And I also had a part time job at KFC. I was dating a guy who was actually homeless at the time. He was staying with family and friends,  couch surfing, even camping outside in the summer months. His father was in and out of prison and his mother, well I’m not sure, I only heard about her, and that she was in and out of rehab battling a drug addiction.

He was a nice guy, and I was a savior. A young girl with daddy issues who saw the best in people and wanted to save them from their addictions. I really did believe that he was a kind person and that he was just in a bad situation in life.

I loved him. (Or whatever i thought love felt like at that time)

His family was part of the first nations community, I got to learn a lot from him, although he wasn’t in contact with many of them. We dated for a couple of years, I moved out of my parents house as soon as a turned 18, but still would do pick up and drop offs for the twins to and from school and keep my part time job.

We rented a single room in a rooming house as my income was limited and he had no job (legally).

A few weeks later, I took a road trip with my family to Montreal to visit some relatives.  I was so sick on the drive back. At the time, I thought I had the flu, due to feeling cold, feverish and nauseous. However when I got back home, I went to the walk in clinic, and sure enough, I was told that I was pregnant.

I don’t exactly remember the next few days, I think i did get pretty sick and I travelled back home to my parents house. I told my mom about the abortion and together we cried. She held me through the experience.

I knew deep down that I wasn’t ready and that this wasn’t the right time to bring a child into the world.

I also knew that the situation I was in was not going to be the experience that a child deserves. I can’t explain the feeling, but I knew I had to abort the pregnancy. This wasn’t an easy decision, and I spent a few days exploring my options. One thing I knew for sure was that I wasn’t going to bring a child into such disfunction.

What i had involved myself in was not okay, especially once the thought of another human was there. We were not ready or capable of raising a child. He was nowhere to be found for a couple of weeks.

I knew that there was a soul coming for me, but that wasn’t the right time.

I told my boyfriend about my decision to have the abortion. I remember feeling very alone and unsupported by him either way, whether I chose to keep the pregnancy or not.  I moved back home, but we continued to keep in touch and if I would drive around to find him, we would spend some time together.

One day, after work (my co-op placement), I went to the place where he was staying. It must have been earlier than usual.

When I rang the bell there was no answer at the door, but I heard voices scrambling inside and eventually someone answered the door. I asked for him but they said he wasn’t there.

I walked in, and sure enough, there he was sleeping on the couch with another girl.

My heart dropped, I couldn’t believe it.

All this time, how could I have been so naive. I broke up with him that day and left completely heartbroken from the whole thing. I think it was going on all along if I am honest with myself. It was my way out of that situation. This whole thing was not going anywhere good.

It took me a long time to heal my hear and my body from the betrayal and the abortion.

I did some therapy then and then A LOT of therapy later on. I had to accept my choice and decision regarding the abortion, and to better understand better what god was navigating though me at that time.

I’ve explored so much trauma from that time of my life. Both mine and also the trauma that I was witnessing in others. I know there was a reason why I was involved with homeless youth, street life and addiction so early on in my experience in this country.

I was able to get out of that lifestyle because it wasn’t mine, but I can say that i’ve witnessed first hand what that experience is like. And it’s not easy…and it’s infused with trauma.

Interestingly, if there was a human born, they would be 18 years old now. That is the exact age of my step daughter. (I’ll share more about this dynamic in another blog post).

I know deeply to the core of my being, that a not so simple at the time decision, changed the trajectory of my life forever.

The healing was deep and I still revisit from time to time the trauma i experienced at that time and from the abortion.

The girl I caught him cheating with got pregnant and had a child for him. A few years ago, I randomly heard about him through a mutual acquaintance, to find out that he had 4 other children with different women.

Sometimes in life, it’s hard to understand the reasons WHY certain things happen. Why we have to go through certain experiences.

Having a safe space to explore the patterns and heal emotional trauma is truly the only way to accept and forgive.

I’ve worked to my teenage self a lot to accept and forgive some of my action and behaviours. To remind her that she is worthy of love and acceptance. To forgive her for her mistakes. I thank her now for following her inner guidance and making the hard decisions.

I have 2 daughters and a baby on the way (currently as I write this). Would I ever chose the path of the abortion again?!

I don’t think so.

Have I created a loving and trusting partnership with the father of my kids?

I thank that 18 year old version of myself for making the choice, because I know that I wasn’t able and capable of being the mother, a child deserves. At that time! I know i would have repeated old patterns of abuse and addiction, feeling angry and resentful towards the man who fathered my child.

And I didn’t want that.

I’ve healed these generational curses and it’s happened through allowing myself to make the hard choices.

Today, I spend a lot of my time helping women heal the womb space and to clear past emotional pain from the body.

I am hosting a free Virtual Retreat March 26-30th, where we’ll gather in community to explore the mother wound. I will be facilitating a safe and healing space for those who desire to eliminate and transform their motherhood path.

Our children need and deserve calm, conscious, connected parents to guide them.

CLICK HERE to register your spot for the Virtual Retreat 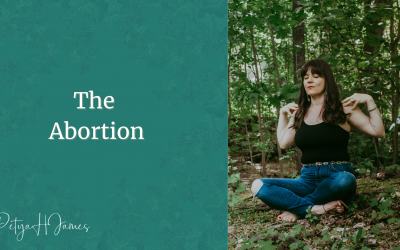 The Abortion “There aren’t women who have abortions and women who have babies. These are the same women at different points in their lives.” Rachel Atkins Content warning: this is sensitive content that may be triggering to some. I am here today simply to share my...

by Petya James | Mar 2, 2022 | My Own Motherhood Journey, Parenting, Relationships

The Twins. This is where my motherhood journey began.

I was 12 years old when my mother gave birth to a little boy and a girl – twins. I went from being an only child to a big sister of two. I quickly  became one of their primary caregivers, my mom’s right hand so to say.

My family was going through a change, not only because of the new babies, but in our relationships. My mom had just remarried and we were navigating a blended family dynamic. At this point in my life, as I write about it, I’ve done a lot of work to understand the dynamic and my experience back then. 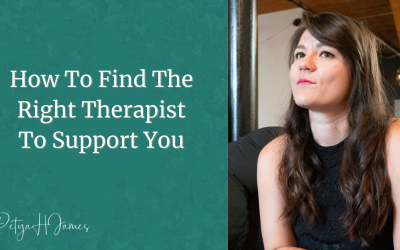 How To Find The Right Therapist

How do you find the right therapist, coach or practitioner to support you without wasting your money and time?

What is Somatic Therapy?  Somatic Experiencing Therapy is a technique developed by Peter Levine, and the most widely known method used by practitioners all over the world. It’s a body-oriented approach to accessing feelings and emotions stored in the body, because of... 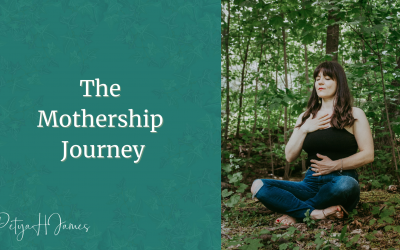 The Mothership Journey   I started this blog because I wanted to capture my story on what I describe as my mothership journey.  My personal motherhood journey started when I was 12 years old.  I’ve been through a lot of nuanced expressions of motherhood and I... 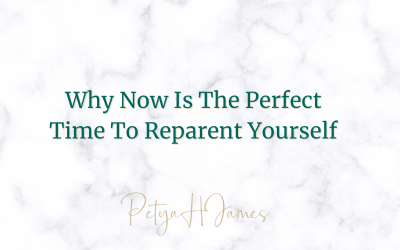 Why Now Is The Perfect Time To Reparent Yourself

“To reparent yourself, is to emotionally repair all that, which wasn’t consciously met or attended to when you were a child”       Why is now the perfect time to reparent yourself?   ...or to begin doing the reparenting work?   Firstly,... 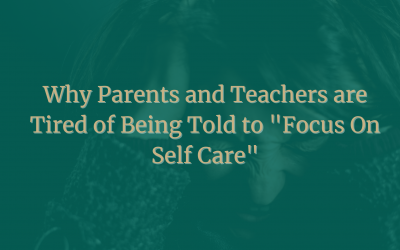 “If one more person tells me to focus on my self care I’m going to vomit. It feels like a punch in the gut at this point”

And it got us talking about this.. Why do we feel so frustrated these days, even just hearing the term “self care”. And why isn’t it working anymore?

Drop your email below to receive more tips, support, and special offers from Petya

You have Successfully Subscribed!

Then, hop over to our free FB Community and share your insights to receive support!

You will also be joining our email list to receive the latest news from my team.

Thank you! You will receive email notifications every Friday to join my meditation room.

5 day virtual retreat to explore the emotional patterns passed down from generation to generation.